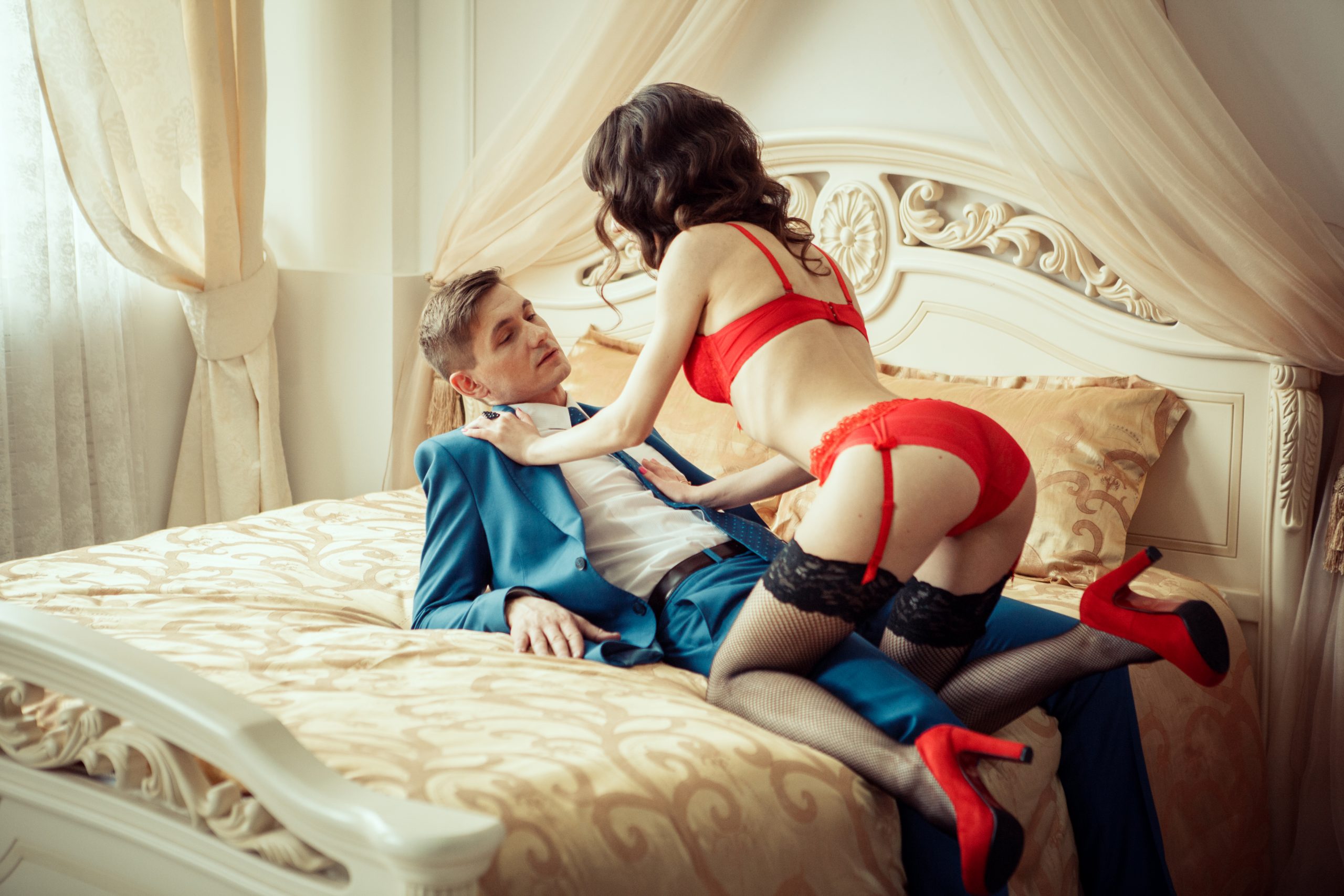 His jealousy could be considered justified from a conventional perspective. Look at what we’re suggesting in a Fusion Polyamorous relationship. You, the woman, get to be with and have sex with whomever you choose, while he remains emotionally and physically monogamous.

Those intense feelings and emotions are real. But what do we do? We resort to what we females know how to do: we talk them out, we attempt to get down to the base alloy of it all to reconcile and bring our vast reservoir of care and cooperation to bear.

Sorry, that is not what is called for here and it won’t work. We’re not at all suggesting you abandon your sensitive and caring nature, because threats, intolerance, and hostility towards him will not have the power to convert him. We are asking that you view your polyamorous relationship from a non-conventional perspective. You simply need to learn to speak a man’s language.

He’s into you, or you wouldn’t be together. But have you noticed, ever since you entered into the pact that you are exclusive to each other, things have changed? Remember how he was when you were first dating, when he didn’t yet “have” you and you were in fact available to other men? That’s where we need to get back to, but without sacrificing the intimacy, the bonding, and the love you’ve developed. You must let him know that part of your relationship is not under threat; you love him from a place deep in your heart.

The secret that every woman should learn is that men also have a deeply rooted structure in them known as sperm competition where, when men have the “knowledge” that their mate is sexually available to other males, they get extremely aroused and turned on with the urge to replace another man’s semen with his own. This structure is millions of years in the making.

This is a primordial urge and exists far below the male’s strategy of mate guarding, shoeing away other males interested in you while attempting to instill a sense of ownership of you and keep you for himself. Again, totally understandable, but an obsolete strategy in this day and age and he needs to know that is not where those battles take place any longer. The normal rationale would be to sit down and have a meaningful conversation about his jealousy as if we could somehow talk it all away.

Here is how you deal with his jealousy. Your interactions with other men (or women) that are of a sexual nature can and should be discussed, but only on your terms. In moments of sexual intimacy, while he is in the throes of your erotic provocations and sexual influence, only then will you tell all. The pleasurable chemicals you are eliciting in his brain that are part of the Fusion Method are what reprogram his motivations and behavior, and the more you do it, the more it takes hold. You are training him to associate his sexual pleasure, which we all know to take precedence over his rational thinking mind, with your sexual availability to other partners.

Fusion Polyamory can teach you the techniques and guide you through the process whereby you honor and cherish the love you both share for each other in an emotionally monogamous relationship along with fanning the flames of the excitement of your sexual freedom and needs.